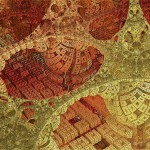 A fractal is beautiful in detail and the overall

Whenever I hear someone say that they are motivated now to give 120% I shudder and I’ll tell you why.

A client of mine, lets call her Carol, came to me seeking advice on how she could improve her career prospects and get promoted. She told me how hard she worked building up her qualifications and her project experiences which was what she thought her boss was after.

Carol also told me that she gave 120% on the big projects – working long hours and on weekends to make sure that deliverables were met and the project was a success. Ans yet she was not being promoted or given significant responsibility on any of the projects she was working on.

Now before you start commenting on how bad or blind her boss was, let me share one more thing with you.

When I asked Carol how she “pulled up” after these major projects she dropped her head slightly and told me that she usually got really sick after big efforts and usually had to take a few days of sick leave. She went on to say that on longer projects or things that she was really passionate about that she tended to get major physical symptoms (think stomach upsets or migraines and you will begin to recognise someone you know and work with) about every 7-8 weeks. This had happened several times over the past year and she was really frustrated that her hard work and extra effort was not being recognised.

The point I am trying to highlight here is that Carol was working herself beyond her capacity – like over revving an engine – for a period of time until she broke down and needed some time off. She could not plan or pre-empt when these incidents would occur and while she said it hadn’t negatively impacted any projects I had to ask the question.

How do you think this affects the reputation you have with your bosses?

Sure, Carol was known as a hard worker and in fact her work ethic was never in question. What was happening though was that Carol may have been seen as not “robust enough” or “resilient enough” to cope with the work culture at that company (haven’t we all heard those words before!)

What is the reason for me sharing the story of “Carol” with you?

There are actually several reasons:

My own personal experience with this also sends the same message as that of “Carol” because I thought working hard would generate results and rewards and what it did for me was compromise my physical and mental health, as well as the most significant relationship of my life. I’m grateful that I had someone to call me out on what was happening because in the midst of it I was unable to see what was really going on.

As a leader and having done some research, including with sporting team coaches, I can confidently say that it doesn’t matter that one person puts in 100% or 120% – what really matters and makes a difference is when each member of the team puts in their focus and attention. 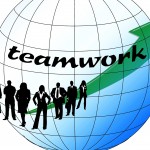 The title of this post is Consistency Trumps Enthusiasm and I need to conclude the story of “Carol” to explain why I say that.

After working together, Carol agreed that her intensity could not be sustained and she also realised that her 100% effort was equal to more than 100% of most of her colleagues – Carol is very good at what she does. (as are all of the people that I coach)

Working through my coaching framework helped Carol realise that her 80% is equal to the 100% (or more) of most employees. Implementing my Action Plan process enabled Carol to test that theory where she discovered that working consistently at 90-100% of her ability enabled her to do these 5 critical things:

Enthusiasm will fade quickly but consistency is what wins the race. Isn’t that what was the moral of the fable of the tortoise and the hare?

People Performance and HR Strategy expert Pam Macdonald walks the walk and talks the talk. With a career spanning 20+ years Pam has seen it all in HR and now works with leaders on improving themselves and how they lead their teams.Pam has a unique combination of executive HR, change management and practical line management expertise that places her as a highly sought after expert, advisor and facilitator.
View all posts by Pam Macdonald →