How many times have you heard – or said – “I know I shouldn’t do this, why am I doing it?” 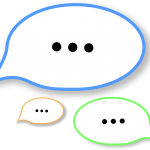 As humans we seem to give ourselves a really hard time when it comes to forming new habits and replacing old unhelpful habits. The ones like eating too much chocolate, eating too much of anything, spending too much, drinking too much alcohol/sports drink/coffee, hitting the snooze button, watching too much TV, not exercising enough, saying the wrong thing and so on.

Making a personal change has 5 stages and until you understand those steps you’ll probably keep giving yourself a hard time for not changing quickly enough.

When we give ourselves grief we often give up on the idea soon after with the little voice inside saying “see, I knew you couldn’t do it” And then we go and do the very thing we were trying not to as a way of soothing the disappointment.

Or was this this just what used to happen to me? I know it’s not because many people that I have coached have been stuck in this same mental rut and pattern.

So, what are the stages we go through? For ease of writing I’m going to refer to the “issue” as a mistake. That seems to be a softer word for most people and allows room for hope that it can be changed.

There you have it. The 5 phases to making effective personal change.  Be kind to yourself as you proceed through the phases. Be aware that you will spend more time on some phases than on others.

People Performance and HR Strategy expert Pam Macdonald walks the walk and talks the talk. With a career spanning 20+ years Pam has seen it all in HR and now works with leaders on improving themselves and how they lead their teams.Pam has a unique combination of executive HR, change management and practical line management expertise that places her as a highly sought after expert, advisor and facilitator.
View all posts by Pam Macdonald →